Witness Claims The OAU Undergraduate Engaged In ‘It’ Non-stop For 15 Hours 7 mins 23 seconds.

The boy didn’t stop until he was forced to stop. He has Sex for 15 Hours, 7 Mins and 23 Seconds Non Stop. Lord have mercy!

Am sure the parents of the young man would be wondering what kind of son they birthed… and you can be sure this is one of those times when the father would shift blames to the mother – that the boy is not his son, cause they don’t have such traits in his family… this guy might feel like an achiever (World Record holder), but I personally feel this is a big shame to Nigerians and to this country and also to the school he represents… mothers, please distant your daughters from this S** machine… 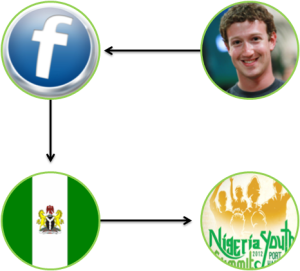 The founder of Facebook, one of the most popular social network platforms, Mark Zuckerberg, is billed to visit Akwa Ibom State next month.

Zuckerberg is one of the guest speakers invited for a youth economic summit organized by the Niger Delta Young Professionals. END_OF_DOCUMENT_TOKEN_TO_BE_REPLACED 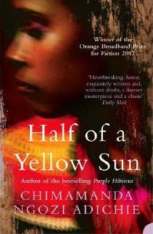 Half of a Yellow Sun

In case you don’t know, transcendent novel of many descriptive triumphs – Half of a Yellow Sun, a book written by Chimamanda Ngozi Adichie has been adopted into a movie.

The movie was shot at Tinapa Film Studio, Cross River State, and in the United Kingdom.

The yet to be released film, directed by Biyi Bandele, has most of its cast and crew flown from abroad. The cast comprised Britons and Nigerians such as Chiwetel Ejiofor of Kinky Boots, American Gangster, 2012, Salt; Thandie Newton (Mission: Impossible II, Crash, The Pursuit of Happiness); Anika Noni Rose (Dreamgirls, The No. 1 Ladies’ Detective Agency, For Coloured Girls); Joseph Mawle (Women in Love, Game of Thrones); John Boyega (Attack the Block); Onyeka Onwenu, Nigerian singer and actress; Genevieve Nnaji and Zack Orji.

Before the emergence of ‘Half of a Yellow Sun,’ ‘Tango with Me’ produced by Mahmoud Ali-Balogun, ranked the most expensive film. Shot with the latest Kodak 35mm camera, ‘Tango with Me’ costs over N50 million to make, says Ali-Balogun. In a bid to make a difference in an industry populated by poorly produced films, Balogun travelled to Bulgaria to master film technology. The end product of the trip was an outstanding film that ‘Half of a Yellow Sun’ has rivalled.

The movie is said to become the most expensive Nollywood movie ever worth about N1.27billion in production cost, new reports claim.

A woman from Carlifonia is suing a Christian school after her employer asked point-blank if she was pregnant, then fired her.

Teri James, 29, was unmarried when she was hired as a financial aid specialist at San Diego Christian College, according to her lawyer. The woman desperately needed a job, so she signed a contract and agreed to abide by the school’s moral codes, which include abstaining from premarital sex. She said she is humiliated by her dismissal — especially after the school offered her boyfriend a job.

The El Cajon, Calif. resident had been working at the college for two years. The woman signed the agreement before she became pregnant. James claims that the school knew that her boyfriend — whom she later married — had also engaged in premarital sex.

Her husband didn’t take the job. It was James who received the axe. She had to vacate the building right after the meeting with her supervisor.

“I had to go into the office with all of my co-workers and say I’m leaving,” James told NBC’s “Today.” “I never came back so I don’t know what my co-workers thought, but for me, it was humiliating. I felt like I was in trouble.”

High-profile women’s rights attorney Gloria Allred signed on to the case, filing a lawsuit in San Diego County’s superior court. Although the college has not yet commented, James’ termination letter states that the woman was fired for engaging in activity “that does not build up the college’s mission.”

In the college’s “community covenant,” employees and students agree to stay away from drugs, alcohol and tobacco. They are also required to abstain from “abusive anger, malice, jealousy, lust, sexually immoral behavior including premarital sex, adultery, pornography and homosexuality,” according to Allred’s statement.

“It does not say that you will be fired if you do not comply,” Allred told “Today.”

The lawyer said the college will argue that since it is a Christian organization, it has the right to fire James. But Allred will argue that the termination is illegal because the school is a business.

James, who identifies as a Christian, called the school’s actions “hurtful and un-Christ like.”

“I was unmarried, pregnant and they took away my livelihood,” James said in a statement. “San Diego Christian College did not show any mercy or grace towards me.”

According to The Commissioner for Education in Kaduna State, Alhaji Usman Mohammed, on Thursday,  about 1,300 teachers selected from across the state failed in tests generally set for primary four pupils. Further reports revealed that Mohammed, who made the shocking revelation said that out of the total 1,599 teachers selected, only one of them scored 75 percent, 250 scored between 50 to 75 percent and 1,300 scored below 25 percent.